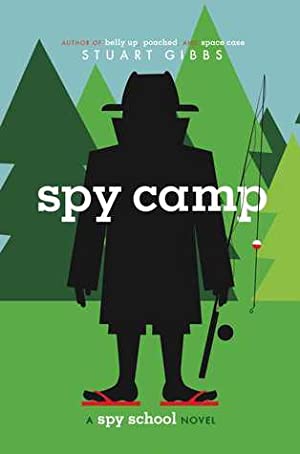 School may be out for summer, but top-secret training continues for aspiring spy Ben Ripley—and so does the danger. Ben Ripley is a middle-schooler whose school is not exactly average—he’s spent the last year training to be a top-level spy and dodging all sorts of associated danger. So now that summer’s finally here, Ben’s ready to have some fun and relax. Except that’s not going to happen, because a spy-in-training’s work is never done, and…

Stuart Gibbs did a great job in his sequel to “Spy School” in his second story of the series, “Spy Camp.” His character’s (Ben Ripley) humor is appreciated all the way through this story of a youngster who’s been swept up into the mysterious world of spies in training for the CIA. Ben perseveres in spite of being targeted by a group trying to eliminate the leaders of the U.S.

Great read for middle school aged readers (and older), particularly being able to carry on where “Spy School” left off.