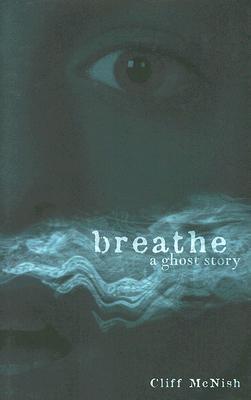 Jack is used to danger. His asthma has nearly killed him more than once. But his new home has a danger he’s never known before - the spirits of the dead. They can’t breathe, but in Jack’s house they chase, hide, scream. Only Jack can see them. Only he can hear them. And only he can learn their secrets in time to save himself... and his mother... Winner of the Salford Book Award, the Calderdale…

The protagonist, Jack, being restricted physically due to his asthmatic conditions is believable prey for the antagonistic, “Ghost Mother.” The author’s vision of the life of a ghost was interesting and described in a way that I hadn’t heard of before.

Personally, I found this to be an intriguing ghost story that could have gone in different directions so it kept me, the reader, reading on to see what would happen next.
My only negative comment: Perhaps it was in part due to the differences in the specific uses of British English vs. American English, there were a few times I had to stop and break down what I was reading to fully catch the nuances being used. This didn’t happen often, but it was there a time or two.