Thanks for visiting my website.  I’m author Ron Fulleman.  I’m also a substitute Teacher Librarian and am interested in getting books into the hands of readers, in particular, those reluctant readers who don’t know what to read.

Although I’ve been writing for a long time, I’ve only been writing and publishing books for a few years now.  Before that, I wrote technical Practices and Procedural documentation, as well as correspondence to (and from) people at various levels within GTE/Verizon Communications.  That’s where I worked for 27-years.

I am an identical twin, so I know most of the tricks twins can play on people. I also have experienced growing up with people who either get you confused with your brother, or who won’t say ‘Hi’ to you, in case you’re not the twin they know.

One of my biggest hobbies is to research my dad’s ships in WWII.  His second ship, the USS Misissinewa, was the first ship sunk in WWII by the first use of a suicide submarine/torpedo (Kaiten) by the Imperial Japanese Navy.  I’ve been researching it and maintaining a website on the ship for over 20 years.

Presently, I’ve been substitute teaching for the last 6-years as a Teacher Librarian.  I’m constantly adding to my list of ‘books read’. I read mostly Middle Grade (MG) and Young Adult (YA) books since that’s what students are looking for.  Many teachers call these types of books, “Brain Candy,” because they’re quick reads and very entertaining.

The focus of my first 3-books, “The Ron and Bob Stories,” is the lives of twin brothers, Ron and Bob. They live with just their mother and go to Bell Middle School.  The books are their adventures with getting a ride in a limo, helping with a stink bomb problem at their school, and wondering whether it’d be cool or not to get a tattoo (obviously, when their mom says they’re old enough). Writing these books has been extremely rewarding for me; I’ve gotten many students saying they’re the first chapter books they’ve been able to read and/or pass a test on.

My latest book, published by Putnam & Smith Publishing, is called, Faces in the Flames: A Ghost Story.  It’s a ghost story, obviously, inspired by the real-life sinking of my dad’s ship and some of the strange things that went on at the time.  I hope you’ll give it a read.  I’ve received a lot of good feedback on it so far.  I’m sure you’ll like it.

Also, listen to The Talk of Santa Clarita podcast (below) where we talked about my books. 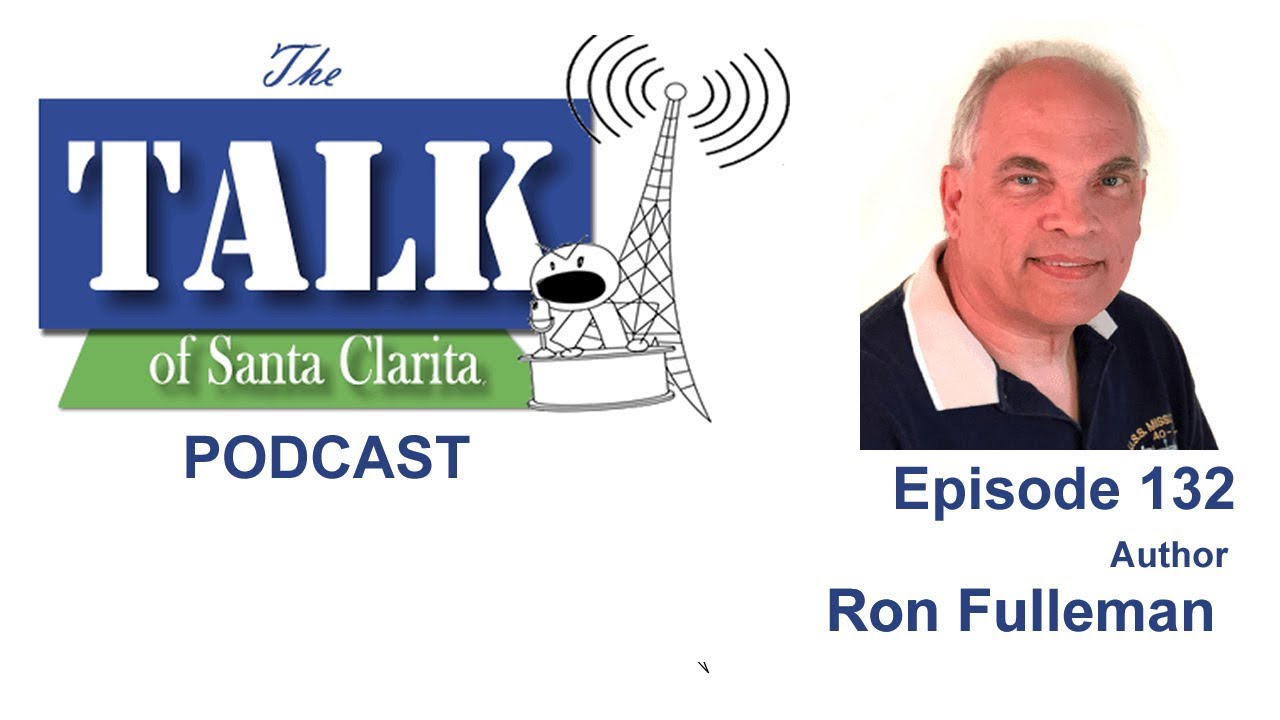